I, like many other people were absolutely devastated to find out Maelstrom was going to get replaced by a frozen attraction back in September of 2014. It breaks my heart that future generations won’t even know what a ride Maelstrom was! That’s why today for World Showcase Wednesday we are going to revisit one of the best rides in the Showcase! 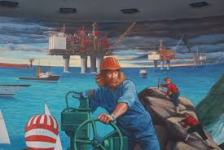 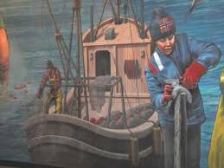 While you waited you could explore this mural in the line and find all sorts of fun things, there was a troll hidden it the picture! This was a glimpse of what was to come on this amazing ride!

These were the boats that would take you on this magical journey, they are called Langskips and they were 16 feet long and beautifully carved! Your boat takes you up a steep hill to a bright light, which is a viking face telling you “You are not the first to pass this way, nor shall you be the last. Those who seek the spirit of Norway face peril and adventure, but more often find beauty and charm.” And that’s when your adventure begins, taking you through a mythological viking world. 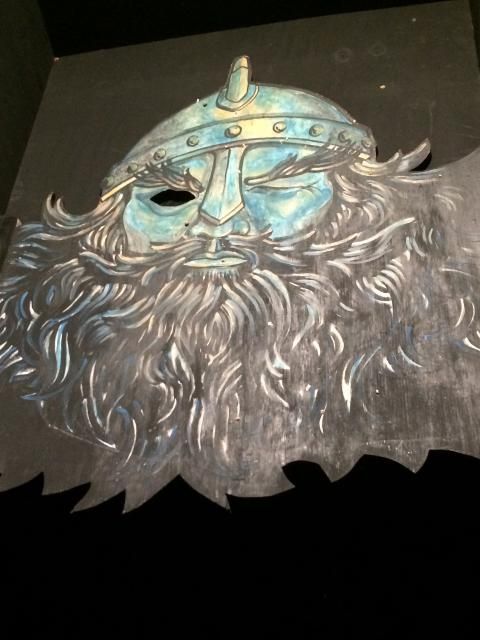 You are then thrown into a Norwegian myth fantasy world where you are faced with a three-headed troll, who casts a spell on your boat and now you are flying backwards through scenes of trees and.. 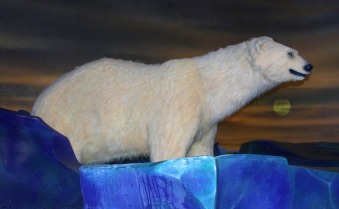 Before you’re almost cast over the edge of a waterfall! 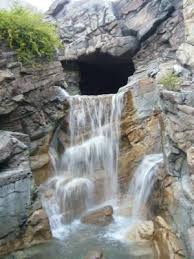 And then drop down a 28 foot flume into the North Sea during a storm near an oil rig! 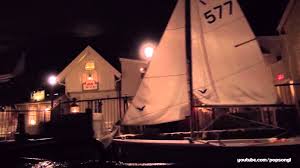 You then travel through a sweet Norwegian village that lets you know “Norway’s spirit has always been, and will always be adventure.”  You exit your boat and walk directly into a theater to watch a 5 or so minute (and very dated) film about Norway!

Looking back at it, this ride was a little silly but it fit the World Showcase perfectly and could have just used a little update instead of a Frozen takeover! What do you guys think, let me know in the comments!

I DO NOT OWN THESE PICTURES, THESE ARE NOT MY PICTURES.

7 thoughts on “Maelstrom We Miss You!”

Hey guys! I'm Jess and my goal is to bring the Disney Magic to you where ever you are because the magic is what you make of it! Disney has always been "home" to me and one of the best parts of any home is the happy guests, so come on over (digitally) and enjoy all things Disney with me!